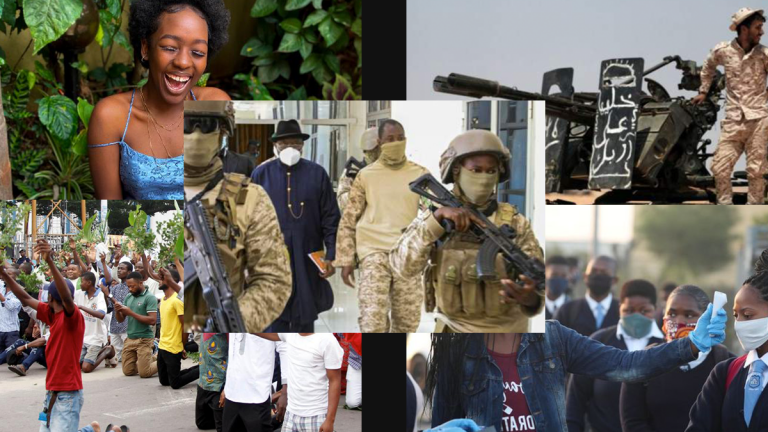 A delegation from the West African regional bloc, Ecowas, and members of Mali’s military junta say they have reached agreement on several points, after a day of negotiations aimed at returning the country to civilian rule.

The negotiations are expected to continue on Monday.

The military leaders have proposed a military-led transitional body to rule for three years with a mandate “to review the foundations of the Malian state”.

Go deeper: Last week, negotiations were rumoured to be under way for the exile of Ibrahim Boubacar Keïta, deposed as president of Mali in a military putsch on Tuesday and currently detained with his son, his Prime Minister Boubou Cissé and a number of other senior government officials.

But now Ecowas, the West African regional bloc to which Mali belongs, has laid down a firm line, with member heads of state issuing a call for Mr Keïta’s reinstatement as president.

How strong is the ECOWAS in intervening in situations like this?

The powerful military force in Libya loyal to the eastern-based commander Khalifa Haftar has dismissed the announcement of a ceasefire by the UN-backed government based in Tripoli saying that the declaration was a media stunt.

He said the LNA was ready to respond to any attack by government forces on its positions around the city of Sirte.

Fighting in Libya between the two factions has gone relatively quiet in the past two months, but previous ceasefire attempts have fallen apart with each side accusing the other of violating agreements.

Other details: The United Nations Support Mission in Libya (UNSMIL) welcomed the appointment of members of a team of independent experts to document allegations of human rights violations and abuses in Libya.

On Wednesday, UN High Commissioner for Human Rights Michelle Bachelet, who appointed the team, said the move was necessitated by the “deteriorating security situation in Libya and the absence of a functioning judicial system.”

This comes after President Félix Tshisekedi had appealed to the Cooperative for the Development of Congo (Codeco) to stop violence, the agency reports.

The spokesman did not say when the ceasefire was agreed.

The president had sent a group of former warlords in Ituri province to convince Codeco to stop attacks.

Police in the region say violence has decreased since the ceasefire.

Go deeper: CODECO is drawn from the Lendu ethnic group, a predominantly farming community who have historically clashed with the Hema, a group of traders and herders.

The two communities were embroiled in a bloody conflict between 1999-2003 which led to the European Union’s first foreign military mission, the short-term Operation Artemis.

Since December 2017, violence in Ituri has killed nearly 1,000 people and displaced half a million people, according to an International Crisis Group report last month.

The violence escalated after the army launched a crackdown on armed groups in October, last year.

South Africa’s students in all grades resume classes on Monday after weeks of closure because of the coronavirus pandemic.

Final-year students had resumed classes earlier to prepare for examinations.

President Cyril Ramaphosa closed the schools in July after they were briefly reopened following a public outcry on rising virus cases.

Monday’s resumption of classes comes as the country registers a decline in new infections.

The health minister said the country was “over the surge”, adding that the “plateau has started”.

Other details: Last week, UN agencies asked African governments to reopen schools with measures to prevent the spread of coronavirus.

Elsa Majimbo is taking over social media by providing comic relief on Instagram and Twitter amid the Covid-19 pandemic.

The Kenyan comic, whose relatable monologues often go viral, films from her home in Nairobi, the country’s capital city.

Majimbo first went viral after posting a video in March when initial restrictions such as intermittent lockdowns, border controls, and closure of schools and restaurants were imposed by the Kenyan government to curb the spread of Covid-19.

In the video, the 19-year-old talked about being in isolation at the time and wanting to be left alone.

“Ever since corona started, we’ve all been in isolation, and I like, miss no one,” she said, laughing and eating potato-based crunchy chips in the video.

“Why am I missing you? There is no reason for me to miss you… do I pay your rent? Do I provide food for you? Why are you missing me?” she added, still laughing.

The quirky humor in the video earned Majimbo many reshares and more than 250,000 views from users across the continent, including South Africa, Kenya and Nigeria.