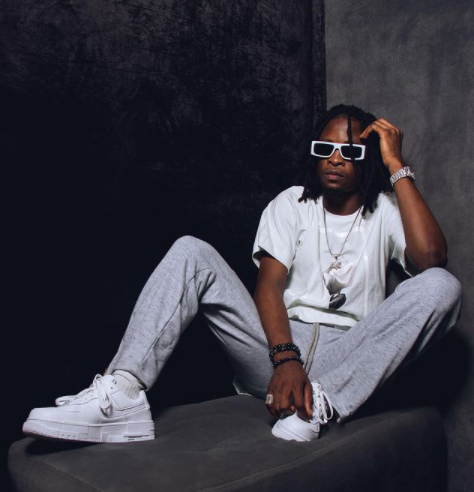 The reality TV star and winner of Big Brother Naija season 5 took to Instagram to announce the release of his album on all streaming platforms. The twelve-track album also includes features with major musicians like the sensational Joeboy, Mayorkun, Teni and a few more.

Laycon, since his BBNaija win, Laycon has gone further in extending his fame and success, especially in the music industry by releasing singles that have all been topping the charts. Before the release of his album “…shall we begin…” Laycon’s last studio work was an Ep “Who is Laycon?” which he released in 2019.

The TV star and rapper has proven time and time again to his fans that he is here to stay as an artist and this album only goes further to solidify his claim as not just a BBNaija winner.

Before being signed into Fierce Nation record label in 2019, Laycon had had several stage performances with one of them landing him as one of the top ten finalists in the MTV Base LSB challenge in 2017.

Laycon posted on his Instagram that there will be an official listening party later today at 8 pm at Lekki Phase 1 to celebrate the release of his album. It is with no doubt that Laycon’s “…shall we begin…” album will be the talk of the town because of the level of artistry that was displayed in the album.

Laycon's new album, "Shall we begin" makes me happy.

The focus and presence of mind for him to stretch himself through the celebrity, to anchor it all on sustainable art, impresses me.

The right way to wield fame is to use it as fuel for productivity.

Laycon’s shall we begin album is so lit. I didn’t see this coming. Grand entry??

Laycon is very good. His new album #ShallWeBegin has got such a ‘feel good’ vibe and showed his dynamism. Man is never scared of trying his hands on new sounds. Lovely to see his growth. ?? #SWBtheAlbum ?

I want to apologize to icons for ever saying Laycon is overrated and should be rated alongside Efe, forgive me cos I have seen the light ? #SWBtheAlbum

Laycon is also listed on Y! Africa’s list of most influential persons on the continent