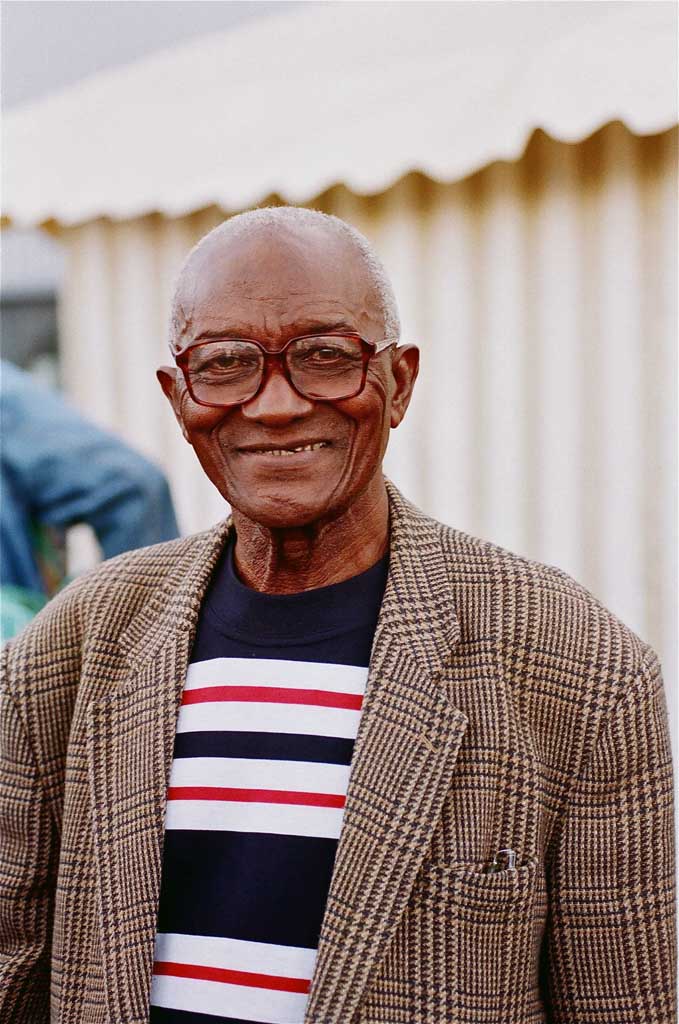 Patriarch of rumba and Congolese music, co-founder of the Bantous de la capitale in 1959, a year before the country’s independence, Edouard Nganga is dead, aged 87.

Edo Nganga was the last survivng member of one of Africa’s oldest musical group.

Tribute:”The works created by Edouard Nganga will stand the test of time. They are immortalised! Already his work is considered timeless. Until he was 86 years old he was on stage. The last time I saw him dancing on stage was at the French Institute of Congo with the Bantous de la capitale . He was then 86 years old. Yet he had the same energy smooth voice that many admired him for all these years,” director of Nganga Edo: The Last of the Bantous de la capitale, Paul Soni Benga said.

The Belgian city of Antwerp on Tuesday (June 9) confirmed removing a statue of colonial-era leader, King Leopold II. The move comes days after it was defaced by anti-racism protesters.

Go deeper: Leopold is the subject of stern criticism over the role his troops played in decimating Congo in the late 1800s. Reuters reports that two online petitions had been launched seeking his statues across the country to be removed.

During one of the recent protests inspired by the “Black Lives Matter” campaign from the United States, protesters in Brussels climbed a statue of the king waving the Democratic Republic of Congo flag chanting “murderer.”

“They are celebrating the victories in Tripoli. The children are here and there are a lot of people. Despite everything we persisted and achieved victory and we will keep on doing so. We will clean Libya of everyone who opposes a civil state, which we need to leave for the young generations and not make the same mistake,” a prp-government official stressed.

The Turkish-backed Government of National Accord (GNA) based in Tripoli has in recent weeks retaken all remaining outposts of western Libya from pro-Haftar loyalists, who had sought to capture the capital in a 14-month offensive.

Go deeper: Political rallies have gone without fear of spreading the coronavirus and a recently conducted poll showed that 81% of Malawians are not afraid of coronavirus and are more concerned about hunger.

Banda is quoted as telling supporters in the northern Nkhatabay town that the government should redirect funds allocated to the pandemic to development projects – even though she had accused the government of hiding cases three months ago.

Malawi has so far confirmed 455 coronavirus cases and there have been four deaths and 55 recoveries.

Cameroon’s conflict with English-speaking separatists has been rated as the most neglected crisis in the world for the second year running by the Norwegian Refugee Council.

Go deeper: The west African nation’s English-speakers are fighting for autonomy after what they term as decades of marginalisation by the central government and the French-speaking majority. They have declared autonomy over two regions – a move rejected by Cameroon’s President Paul Biya.

Cameroon has also been hit by a refugee crisis from the neighbouring Central African Republic and continuous attacks in the north from the militant group Boko Haram.

The annual list of neglected crisis is based on three criteria – lack of funding, lack of media attention, and political and diplomatic neglect.