Y! For Africa Focused on Emerging Leaders and Culture Shapers
Home 54° Across Africa COVID-19: A report on the Nigerian government’s minimal response to hunger virus 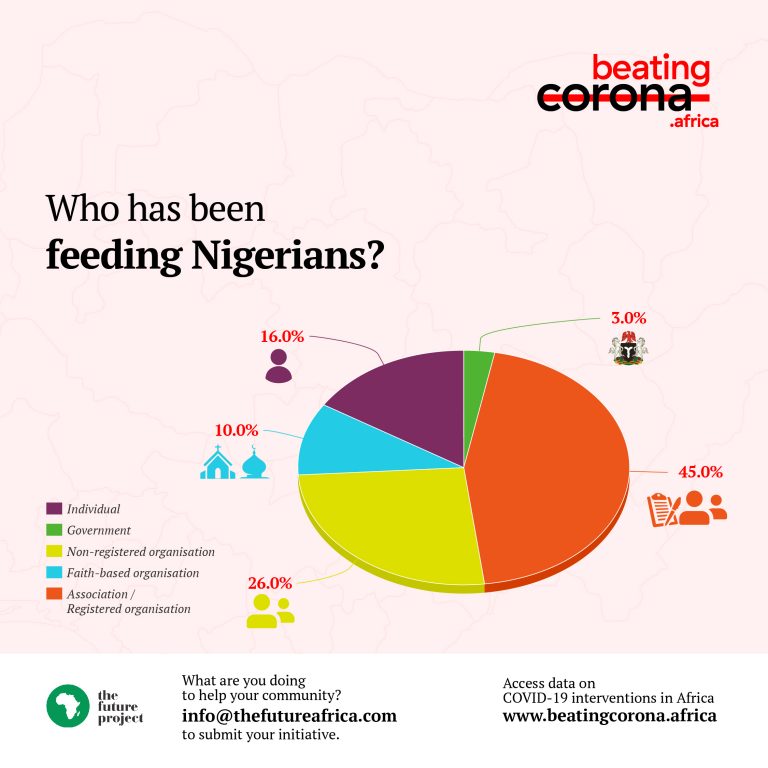 “Not knowing where your next meal will come from; not having enough money to eat a decent meal; eating only one poor meal a day; eating non-nutritious meals, eating a nutritious meal only on rare occasions.” This is how an All Africa 2018 analysis of Nigeria’s journey towards achieving its primal Sustainable Development Goal of ‘zero hunger’ explained what it means to be hungry in Nigeria. If this apt analysis, which captured the reality of at least 65 percent of the country’s population, portrayed how bad hunger was in 2018, the economic debilitating consequence of living in a COVID-19 pandemic ravaged world has made it even worse and completely devastating to bear witness. The United Nation’s 2019 report on the progress of the SDG noted that more than one-third of workers in sub-Saharan Africa still live on less than $1.90 a day. Considering that this year has been designated as the ‘year of action’ for rapidly meeting the SDGs against 2030, Nigeria does not seem to be on track to alleviating hunger and significantly eradicating the country’s deeply impoverished standard of living.

The presence of the coronavirus in Nigeria since March has greatly exacerbated the need for proactive and radical investment in bridging the country’s food gap and ensuring we meet our SDG of ‘Zero Hunger’. Five months ago, the federal government sanctioned closure of businesses, workspaces, schools, and other social places bound to cause excessive physical contact. This heavily affected the overwhelming number of Nigerians living below the poverty line. Around April, only 3.6 million impoverished households out of the 95.9 people who currently live in extreme poverty were provided with cash reliefs, leaving a considerable portion of their survival at the mercy of non-governmental organisations,  speedily organised intervention initiatives, and the sporadic benevolence of privileged individuals.

What existing data tells us about food interventions provided by non-governmental bodies, during this pandemic

Just as Nigeria prepared to go into lockdown after recording its first index case of the coronavirus, we launched an intervention database called ‘Beatingcorona.yafri.ca’ that initially focused on intervention activities in Nigeria, but has now expanded to all parts of the African continent. In tracking intervention activities and documenting the processes by which Nigeria is collectively providing a safety net for its immense number of impoverished citizens, we have come to realise, building on the data and insights we have gathered, that the Federal Government’s involvement in feeding hungry Nigerians was and continues to be extremely minimal. This burdensome task has so far been taken on by everyone except the Federal government with the most power, access, and structures to make this essential palliative item available to the people who desperately need them.

Last month, we released a report on intervention activities we had been tracking from April when initial lockdowns across the country began, to June when it was relaxed in some states with a small number of economic activities allowed to return to their former state. Our report, among many other insights, revealed that as far as intervention initiatives go, “300 Naira is the average amount spent on helping a person a day.” We conducted a survey with a sample population of 30 COVID-19 interventions from across Nigeria who are actively providing help. The survey recorded that 30 of them had reached out to 90,270 people and had spent 27,351,810 Naira, which naturally brings the average cost spent on meeting people’s needs to 300 Naira per person.

It is interesting to consider how much further that figure could be, if the government was principally involved in channeling some of the funds donated by several private and public institutions into food interventions. Drawing from our data, 45 percent of food interventions recorded between April and July were provided by associations and registered organisations. Here is a more detailed breakdown:

Although the involvement of everyday Nigerians in assisting others by feeding them during a greatly challenging time economically is nothing short of noble, non-governmental bodies and private individuals can also go so far, as much as any individual or intervention outlet, who themselves often depend on donations, can achieve. If Nigeria intends to seriously pursue and achieve its primal SDG of ‘Zero Hunger’, globally difficult times like this serve as a good opportunity to weigh the feasibility of dependence on private bodies. They also allow for the thorough interrogation of the ways in which other players such as the private industry can be a core part of the plan going forward.

So why is the country failing at this food distribution task?

Going by the report by the Food and Agriculture Organisation (FAO) in March, which predicted that about seven million Nigerians will experience food shortage between June and August this year (2020), and that 16 Northern Nigeria states and the Federal Capital Territory (FCT) would also face a food and nutrition crisis, the reality is even more troubling. According to the World Food Programme, more than $182 million is needed to sustain life-saving aid over the next six months. “We are concerned by conflict-affected communities in northeast Nigeria who already face extreme hunger and who are especially vulnerable. They are on life-support and need assistance to survive,” said Elisabeth Byrs, WFP senior spokesperson.

Nigeria can begin to make chips at the block at reaching zero hunger when strong maps and data that will assist the seamless distribution of food are drawn and invested in. As it stands now, many food items donated by organisations continue to sit, unattended to, in stores where the people who need them the most are unable to get them.  A notable example of this is the recent case of undistributed trucks of food palliatives donated by CACOVID to Niger. This decision, according to the Niger State Coordinator for the coalition of private-sector against COVID-19 (CACOVID) Alhaji Abdullahi Muhammad, was made so as to await the arrival of all incoming donations being delivered.

Out of the 88 trucks of food donations provided by CACOVID, Niger has received 73, with 15 trucks still on their way. Though it seems more practical to begin to dispense available food materials to hungry citizens while awaiting the rest of the supplies. We find ourselves in situations where policy leads to elongated delays, leading us further away from our zero hunger goal. Considering, according to our data, that only 2,000 people have so far been reached by way of food interventions in a state of over 5,556,200 people (according to population data 2016), the refusal to immediately dispense the donated food items shows a lack of concern by the Niger administration concerning the welfare of its citizens. There has to be radical, nation-wide sensitisation to fully impress upon high-ranking government officials, the devastating state of hunger in the country, and the importance of prioritising the people’s needs as soon as provisions to meet them are made available.

The Crux of the Matter

The global pandemic, COVID-19, has hit Nigeria hard and has exposed the glaring fact that many Nigerians are hungry. Nigeria has a largely unfed population, made worse with the global pandemic, and even with the food palliatives and other non-governmental solutions that has been shared so far, a lot more needs to be done. In a way, this is a good revelation as it further enables the government and other interested parties to fully grasp what is at stake with meeting SDG 2: Zero Hunger and building a nation where our abundant food and human resources are properly channeled into lifting the globally demanding task of eradicating hunger and poverty. Now that we know where we stand, you can join us in the fight against hungervirus.