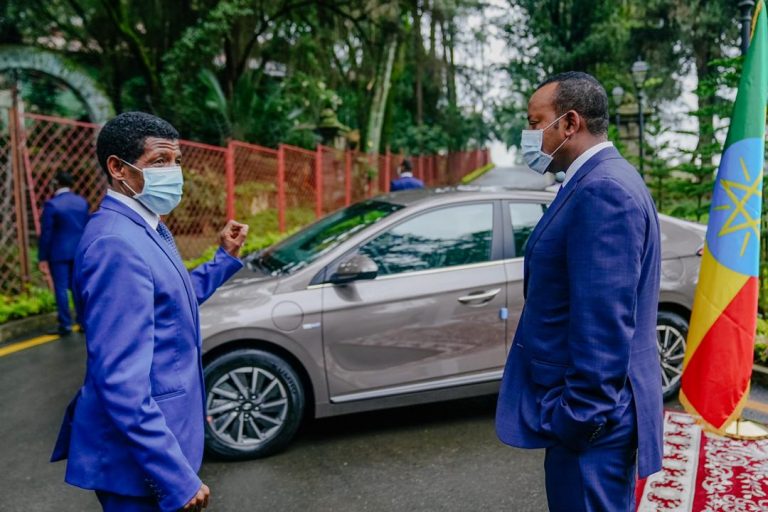 Today, Abiy Ahmed Ali, the Prime Minister of the the federal republic of Ethiopia, received the first electric car fully assembled in the country by Hyundai dealership, Marathon Motors. The Prime Minister had made a request to the Hyundai President for this to be a reality.

The car is fully battery operated and with no emissions. The Prime Minister Abiy noted how much the investments support the country’s climate resilience and going green as a country.

Unique to #Ethiopia, the electric car does not require charging at terminals and can rather be charged anywhere.

This was seen in a tweet by the Prime Minister himself.

This is a great move by Ethiopia! But can other African countries can follow suit? What do you think? Share your thoughts with me.