Y! For Africa Focused on Emerging Leaders and Culture Shapers
Home 54° Across Africa Over 60 killed in violence in Sudan’s Darfur |#54DegreesAcrossAfrica 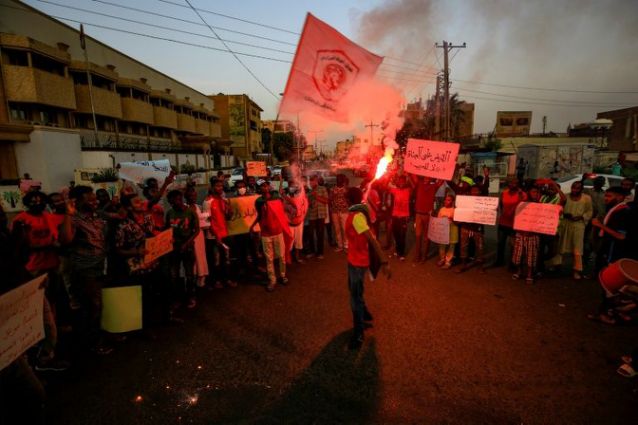 More than 60 people were reportedly killed and nearly 60 others wounded on Saturday, during an armed attack in a village in Sudan’s restive Darfur region, the United Nations Office for the Coordination of Humanitarian Affairs said late Sunday.

The attack in Masteri village in the West Darfur state “was one of the latest of a series of security incidents reported over the last week that left several villages and houses burned, markets and shops looted, and infrastructure damaged,” the U.N. body added in a statement. It did not cite the source of its information.

In a separate incident, at least 20 people died and 22 others were injured after unidentified gunmen attacked a village in the state of South Darfur, witnesses and a local community leader said Saturday.

On Sunday, three people, including a woman, were killed during a renewed dispute between farmers and shepherds in the Al-Jarf area in North Darfur state, SUNA reported, adding that security forces intervened and separated the two sides.

Go deeper: These killings started in Darfur, in 2003 after mostly non-Arab rebels rose up against the Khartoum government. Government forces and mainly Arab militia, which moved to suppress the revolt, were accused of widespread atrocities. Some 300,000 people were killed in the conflict, according to U.N. estimates.

Sudan’s ousted leader, Omar al-Bashir, is wanted by the International Criminal Court for alleged war crimes, genocide and crimes against humanity in Darfur.

Sudan’s transitional government is negotiating with some main rebel groups in Darfur aiming to reach a peace deal.

Malema asks SA scientists why they wish to encourage homicide

Malema said the easing of restrictions was a problem, adding that Covid-19 cases had increased sharply and deaths had followed as a result of “homicidal decisions” to open mines, businesses, restaurants, casinos and schools.

Go deeper: South Africa has an average of 13,000 infections per day, the highest in Africa. In spite of these worrying numbers, leading scientists in the country have advised the South African government to open schools and loosen strict lockdown regulations.

Passing the 400,000 mark, the South African government is in a dilemma as to how to navigate this period, with pressure from two sides of the divide: one asking to ease the an economy with a population largely dependent on daily wages, and the other asking to shut down everything as the coronavirus keeps spreading fast. Canada and Asia managed to control their Coronavirus outbreaks by paying citizens to stay home and reduce the spread. The question is if South Africa’s government is willing to do the same.

Cyril Ramaphosa should not model his decisions on other countries at this point, but look at the most locally viable solutions to the crisis the pandemic has caused.

The first time, in November 2019, the Metropolitan Museum of Art tweeted a picture that appeared to Jewish followers to be a ritual object used in Jewish prayer with the label “amulet,” a single follower responded with a correction.

“That is not an Amulet it is a Jewish tefillin,” wrote a user.

The second, third, fourth and fifth times the Islamic art collection shared the image, no one responded at all.

But over the weekend the image became the subject of diverse opinions on Twitter after multiple accounts with many Jewish followers picked up on the item in the museum’s holdings and requested corrections.

Go deeper: The object, which the Museum says it acquired in 1962, is listed as part of the museum’s Islamic Art Department as a sixth-century amulet from Egypt. It is dated at A.D. 500–1000.

But a photo of the piece in the collection looks like one piece of tefillin, the leather boxes and straps used in prayer by observant Jews. A shin, the Hebrew letter on the portion of tefillin that goes on the head, can be seen in the picture.

Leaders of the West Africa regional grouping Ecowas will hold an extraordinary summit Monday (today) to propose measures to resolve the political crisis in Mali.

There are indications that the Mali crisis could have serious implications for regional security and stability. Many are concerned that the situation could play into the hands of armed groups in the country and the wider region if not properly managed.

West Africa is already facing widespread insecurity crisis and this might escalate it.

Go deeper: The opposition coalition, a group called M5-RFP, has rejected a proposal for the formation of a national unity government – insisting that President Keïta must resign and a transitional government be set up. Mali is one of the West African countries who has had to navigate the oppressive power of political strong men.

Ecowas leaders have, however, insisted that any change of government in Mali must follow a constitutional process.

Somalia PM removed after overwhelming vote of no confidence

Somalia’s parliament has removed Prime Minister Hassan Ali Khaire by a vote of no confidence.

This is an indication that the legislative system in Africa is active and only need to be more proactive in checking the excesses of the executive arm. There usually seems to be this synergy between the legislative and executive arm, for their interests, that goes against the people. If the synergy is to exist, it is to be for the general good.

Go deeper: Khaire is a dual Norwegian citizen who once worked as a primary school teacher in Norway and also for the Norwegian Refugee Council before joining the British energy explorer, Soma Oil and Gas.

He had resigned from his job at Soma Oil as the executive director for Africa to take up the job of the prime minister.

His selection was seen by some as a nod to balancing clan interests in the Horn of Africa nation. Khaire is a member of the Hawiye clan.