Y! For Africa Focused on Emerging Leaders and Culture Shapers
Home 54° Across Africa Kagame woos US investors to Africa | #54DegressAcrossAfrica 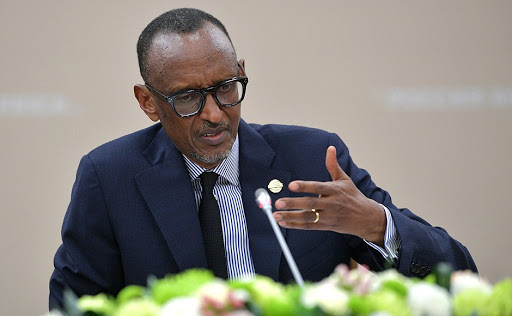 President Paul Kagame, while opening the four-day Corporate Council on Africa (CCA) Leaders Forum, encouraged American investors to take advantage of the economic opportunities that will follow as Africa emerges out of the Covid-19 recovery process for mutual benefit.

Kagame noted that there is room for American private sector participation in the initiative. An additional opportunity on the continent is to work together in trade especially with the upcoming launch of the African Continental Free Trade Area.

The arrest of municipal officials – reportedly the next in line after the Hawks and National Prosecuting Authority (NPA) arrested eight kingpins last week – will bring the authorities closer to the engine room of the VBS Mutual Bank heist.

Backstory: Between 2015 and 2018, some 20 municipalities deposited R3.5 billion at VBS and withdrew R2 billion. When the bank crashed in March 2018, there were 15 of these municipalities with a collective R1.5 billion in the bank, all of which they lost. Full story here.

The Director of the Department of Search for Remains of the Libyan General Authority for Research and Identification of Missing Persons, Lutfi Al-Misurati Tuesday, said that 10 unidentified bodies have been found inside a mass grave in the city of Tarhuna.

This further confirms fears that civiians were disproportionately harmed in the sectarian crisis that has enveloped the country in the four years.

President Uhuru Kenyatta and his deputy William Ruto raised their entertainment budget by Sh422 million in the nine months to March 2020, defying the government’s austerity drive in the face of a current economic downturn hastened by the Coronavirus pandemic.

Data from the Controller of Budget shows the Presidency — which comprises the offices of Kenyatta and Dr Ruto — spent Sh1.18 billion on parties and receptions in the period compared to Sh758.2 million spent at a similar period a year earlier.

Go deeper: Expenditure on hospitality for 71 ministries, State departments and agencies (MDAs) increased 18 per cent to Sh4.5 billion compared to the Sh3.8 billion spent a year before.

At Sh1.18 billion, the Presidency entertainment budget accounted for a quarter of the Sh4.5 billion that public offices spent on parties and receptions.

Uganda’s president Monday expressed his frustration with the World Health Organisation (WHO), saying they are not gods and should be modest as they set out guidelines to contain the spread of the coronavirus.

Liberia’s education minister is undergoing treatment for Covid-19 as his ministry prepares to reopen schools next week.