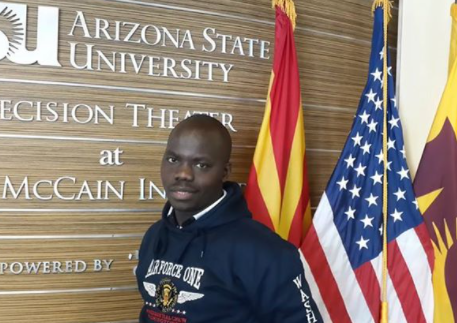 Across the 54 countries on the continent, here are 5 Things That Should Matter Today:

Ugandan journalists summoned for questioning about a BBC report they made

Tabu Butagira, Editor of the Daily Monitor and Tony Glencross, Managing Director of Nation Media Group, which owns the Daily Monitor has been summoned for questioning by the Ugandan police after reporting findings from a BBC investigation into last year’s police killings in Kampala.

The report in question detailed how the Ugandan security forces had fired indiscriminately at passersby during a crackdown in the capital Kampala last November, killing and injuring many.

The two men have agreed to present themselves to the law officials, however Mr. Butagira believes that this move by the police is politically motivated.
– BBC Africa

Jane Muthoni, a woman found guilty of taking her husband’s life, has escaped the death penalty, but instead given a 30-year sentence.

According to the Kenyan justice system Section 203 and 204 of the Penal Code imposes a mandatory death sentence for people convicted of murder.

However, following a plea from the children of the accused to exercise leniency on their mother’s sentence, as they don’t wish to lose both parents, High court judge Joel Ngugi decided to go with a lighter sentence.
– KenyaCo Report

Peace talks for Libya to take place in Berlin

In light of the upcoming elections for the country of Libya, Germany and the United Nations will host Libyan peace talks on June 23 in Berlin.

This conference will cover the topic of conducting peaceful elections and the withdrawal of foreign troops and mercenaries from Libya.

Germany’s foreign ministry noted that this is the first time Libya’s transitional government will take part in the talks that were launched with the first conference in January 2020.
– All Africa Report

The South African Government recently announced that it has successfully administered the Covid-19 vaccination to a million South Africans.

According to Health Minister, Dr. Zweli Mkhize, the country has vaccinated 479,768 people under the Sisonke Programme, while at least 565,336 elderly people have received their first shot of the Pfizer jab.

This is coming after the South African Government disclosed that it may impose another lock-down following up-surging reports of Covid-19 infections.
– All Africa Report

Nigeria’s President, Muhammadu Buhari, put out a tweet stating that he would deal with the insurrectionists across the South East of the country “in the language they understand.”

A Twitter spokesperson said the post “was in violation of the Twitter Rules. Buhari’s statement came as a result of the intense level of security the country has been experiencing in the past few weeks.
– BBC Africa