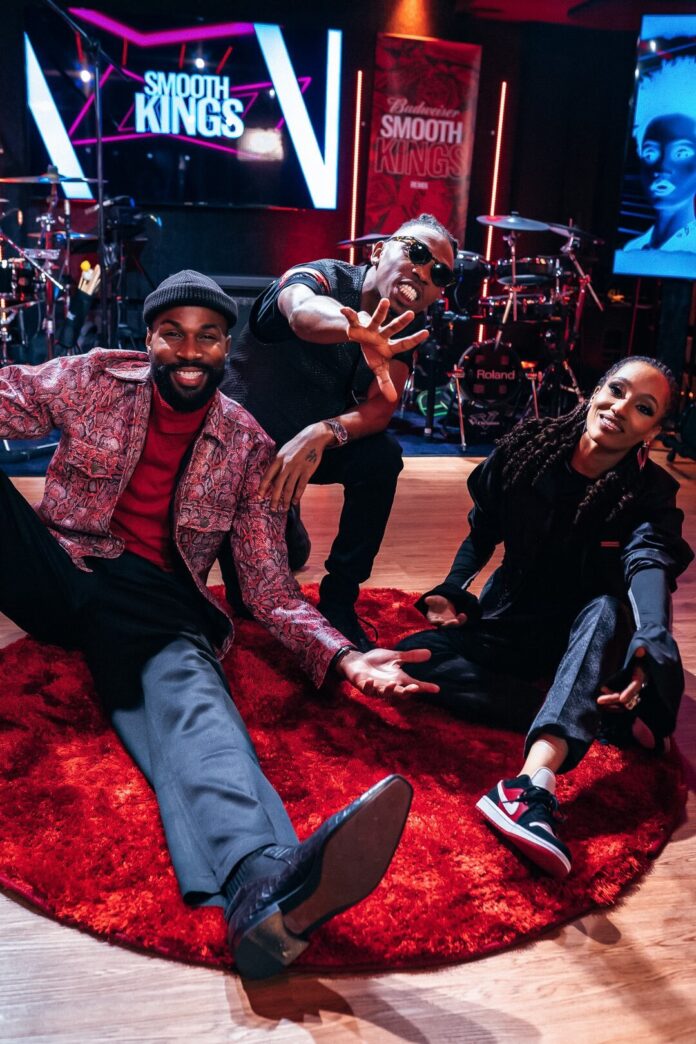 Since the airing of the pilot episode of the Budweiser Smooth Kings Remix, fans and consumers of the premium drink have always looked forward to having their favourite artist on board for the show.

The performance was posted on Budweiser’s YouTube channel and the flow between Mayorkun and Di’Ja on the stage has wowed many fans who shared their reactions across various social media platforms. With performance so rhythmical, fans have also demanded that ‘The Mayor of Lagos’ – as the singer is fondly called – collaborate with Di’Ja who has rather been quiet over the years.

At the end of their performance, Weird MC gave her verdict on their remix of her song as she disclosed that she liked the performance and how Mayorkun was able to own the song with his ‘own thing,’ she lauded the duo on a job well done.

Budweiser definitely had a right pick with these two who seemed to be enjoying the moment. And the performance was something spot-on for the duo. Mayorkun performed like he was in his element with chilling vocals from Di’Ja. It was quite the perfect synergy.

Here are a few reactions:

Enjoyed Dija and mayorkun session ♥️ they killed it?

Absolutely Enjoyed Mayorkun and Dija remixing Ijo ya on Budweiser’s remix show. Dija let Mayor have the ground and Mayor was just being Mayor. Love to see it ☺️

Mayorkun is also listed on Y! Africa’s most inspiring youths on the continent