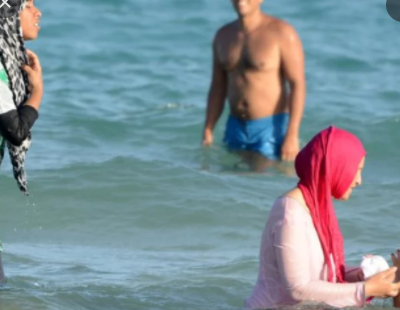 These are the top stories from across Africa – #54DegreesAcrossAfrica.

About 200 people in northwestern Algeria were hospitalised after they took a swim in seawater suspected to have been polluted at Tenes. Unsure it was the water itself or perhaps poison gas from around the area, local health official Nasreddine Benkartalia told APS news agency that “The victims, all bathers at the central beach in Tenes, might have inhaled a gas which quickly spread due to the prevailing wind on Sunday afternoon.”

The victims have since been discharged but local authorities had mentioned that the symptoms the victims experienced includes; nausea, fever and redness of the eyes. AfricaNewsReports.

After the kidnap of no less than 140 students from Bethel Baptist High School, Kujuma in Kaduna’s Chikun district on Monday, the Nigerian Police have reported the rescue of at least 26 students and a teacher. Regional police spokesman, Mohammed Jalige, who disclosed to CNN that the numbers of those kidnapped remain unspecified had this to say; “The rescue operation continues. We are liaising with the school’s management to get the exact number of people that were kidnapped.” CNNReports

The preexisting tension between Ethiopia and Egypt which was brought about by the building of a hydroelectric dam by Ethiopia continues to escalate. Egypt accused Ethiopia of violating international law when it came to their notice that the Ethiopian dam is beginning to fill with water.

The dam stands at the intersection of both countries, and draws water from the Nile River, causing shortage of water supply for Egypt. BBCReports.

Man risks his life to save another

Footage of a man in Webuye Kenya recently surfaced where he was seen climbing an electric pole to rescue another man who had been electrocuted. The Webuye based employee was electrocuted while trying to fix the pole. He went unconscious before he was rescued. The rescue took the efforts of the brave hero and a KPLC employee who had arrived the scene to help bring the man down using a rope that was tied around his waist. KenyansCoReport.

Protesters in Ghana have taken to the streets of Accra to demand justice for the recent killings of fellow protesters. The protesters who are mainly members of the National Democratic Congress party have accused the government of being negligent towards the deaths of the two protesters at the hands of security personnel and a social media activist Ibrahim Mohammed who was killed by unknown assailants.

“Since this government came into office, there have been instances of arbitrary killings in our country, most of them perpetrated by the ruling government vigilante forces,” one protester told the BBC. BBCReports.