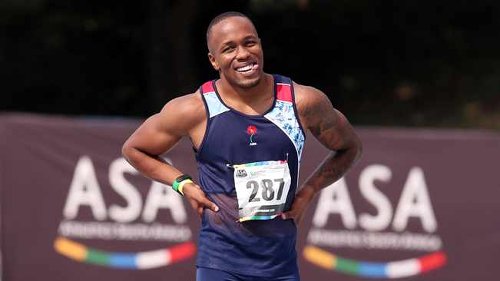 South African sprinter, Akani Simbine, was so close to reworking history by being the record holder of the 100m race at the national championships which took place in the Tuks Stadium, Pretoria, South Africa.

The athlete, however, failed to mark the record due to the strong winds. Hitting a mark of 9.82, Akani should have gone on to become the world’s fastest 100m record holder and surpassing the current titleholder Ronnie Baker whose mark is at 9.94.

This was quite saddening for the South African sprinter and his fans. The fault, however, wasn’t in his speed but the wind which was measured to be at +2.8m/s; this was said to be above the legal speed limit of +2.0m/s hence ruling Akani’s 9.82 mark as void.

As it appears, this isn’t the only time that Akani Simbine would be participating in the sub 10 seconds time in a season as he had also run a 9.99 with the wind measured to be at +3.0m/s, therefore, making it his quickest race in 2021.

Irrespective of the harsh winds which haven’t been in Akani’s favour, it is without a doubt that the 27-year-old sprinter is in full shape and is ready to join in the Tokyo Olympics. Hopefully, the winds will be favourable towards Akani when he races for the 100m final on Friday, 16th April and in the Olympics at a later date.

Akani Simbine was listed on the Y! Africa most inspiring young persons on the continent.