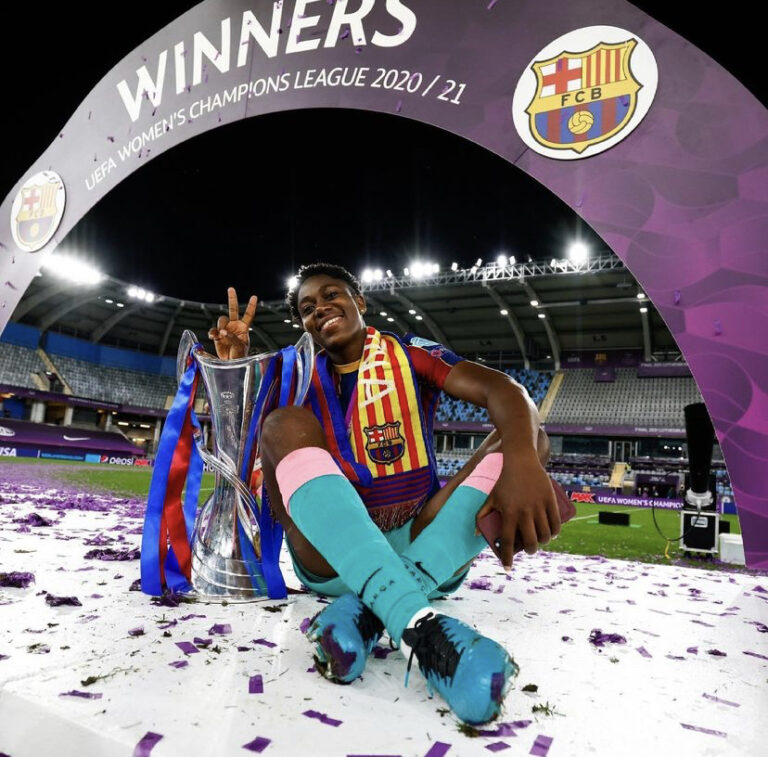 Nigerian footballer, Asisat Oshoala, has made history as the first Nigerian and African to ever win the Women’s Champions League alongside her teammates, Barcelona Femeni against their opponents Chelsea Women on Sunday May 16, 2021.

Although the Barcelona team had already scored the four goals which they needed to win against Chelsea, Oshoala came into the game at the 71st minute and helped in ensuring that the scores stayed that way. This was a huge win and recovery from the team’s loss back in 2019 when they lost against Lyon in the finals.

Asisat has been active and determined in securing the League’s title this Champions League season as she played in all of Barcelona’s matches.

With the Champions League now adding to the multitude of her team’s trophies, Asisat has now gone on to become one of the most successful players in the Nigerian women’s football records.

Asisat is also listed on the Y! Africa list of most inspiring persons on the continent