Y! For Africa Focused on Emerging Leaders and Culture Shapers
Home Uncategorized Climate change is making its way to the shores of Africa | Other best reads of the week 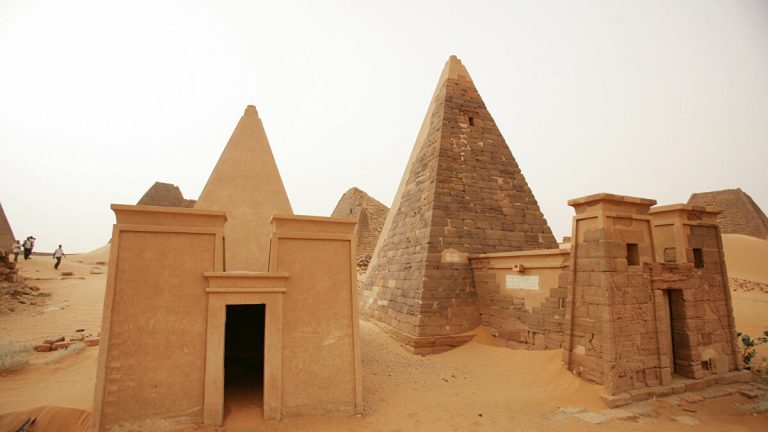 The threat of climate change cannot be over emphasised, unfortunately repetitive PSAs warning organisations and communities of the effect of their carbon footprint and other activities that cause harm to mother nature may have done very little to influence a more responsible approach to handling our environment. People often wait for the worse before they begin panicking over what solution to implement. Fortunately or unfortunately, depending on how you look at it, archeologists in Sudan have been trying to stop flood water from the River Nile from reaching the UN-designated world heritage site. This is the first time they are experiencing this problem and experts claim it’s as a result of climate change. Hopefully, Africa takes this as a warning to begin taking climate change more seriously. This incident only proves that even the most reputable infrastructures are not safe from the dangers of climate change.

One of the most prevalent social problems in the world right now is racial profiling. This problem has caused some black people their lives. Names like Breonna Taylor and George Floyd highlight this issue. Regardless, there are still instances that are not as intense but equally offensive. For Peter,  a Ugandan native, residing in North Carolina America, a white woman stopping him from entering his own car with his son, and calling the police on him simply because his adopted son is white was one of such racist encounters. No one bats an eye when a white couple adopts an African child, but America raises its eyebrows in suspicion when a black couple adopts a white child.

The restrictions placed on Egyptians by its own government concerning an individual’s personal social media account has become increasingly alarming, following the case of two social media influencers. Naturally, one should have complete autonomy on how they wish to use their social media platforms, but for Egyptian influencers, Haneen Hossam and Mowada al-Adham, who in a recent ruling were sentenced to two years in jail simply because they were not complainant with a dictated idea of decent dressing, is displaying a worrisome trend of human rights infringement. It is only just that Governments all over the world work to repeal laws that hinder true liberty, but instead promote silly notions of digital repression, and media policing.

Perhaps a prevalent problem all across Africa, the use of hate speech to solicit votes during an election has become somewhat of a common play from the playbook of most African politicians. Unfortunately, illiteracy fuels this strategy and when it comes to illiteracy we have a lot of that in Africa. Owing to this, politicians who are desperate to win votes have a habit of promising particular ethnic groups more infrastructural development at the expense of the others. And sometimes these politicians go as far as painting other ethnic groups as the enemy and promise protection against any form of usurping or take over against their perceived enemy. This usually causes alienation, tension and inter tribal malice within a country. Kenya like the rest of Africa is trying to tackle this seemingly persistent problem.

The aftermath of colonial robbery

With the increase in the number of Black rights movements and an ensuing public outrage in England that has seen many monumental structure honoring brutal colonial masters and known pillagers torn down, the petition by the white nationals of the country to move these monument to museums rather than have them torn down is near ironic, considering that these people label tearing down statues as barbaric forgetting that these colonial masters whose statues they so proudly erected in the first place built a career off of being inhuman. It gets worse when you realise that the Museums in question are full of African art pieces these same colonial masters stole. And to add icing to the cake, its gets worse when you think of the sheer reluctance of these museums to return the art pieces that hold so much cultural significance to Africa.