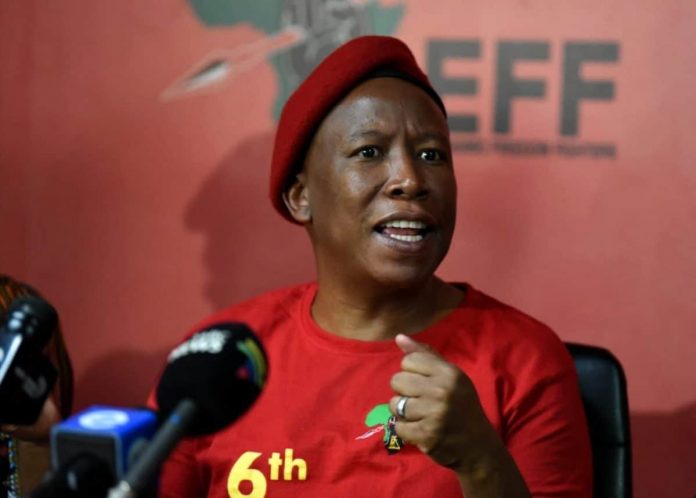 It’s Friday and having some drama emerge from anywhere is not so bad after all. I mean, Thank God It’s Friday – controversy will not do any harm. South Africans woke up to a rather bizarre trend today – #MalemaReturnsToANC. But what is the truth behind the hashtag that claims leader of the Economic Freedom Fighters (EFF), Julius Malema is going back to his old party?

When one Instagram user commented, in 2019, “when are you going back to the ANC?”, Malema answered: “Not even in my next life”. So, you will wonder how the hashtag got this kind of attention.

Well, it’s fake news (Read in Donald Trump‘s voice). It’s not based on any news story or eye-popping political development. It is an attempt by a group of night shift Twitter users to end the week with controversy. The hashtag has been created overnight to encourage accounts to boost their numbers of followers. What better way to do this?

EFF representative, Mbuyiseni Ndlozi, has downplayed the rumours – or the campaign – calling it fake news. But, the aim has been achieved.

Malema started his political career as a devoted ANC member, reaching the position of Youth League leader under the tutelage of former president Jacob Zuma, but has become a fierce critic of the ruling party since forming the EFF. He has not completely ruled out working with the ANC in the future, but his return? That looks unlikely – for now.