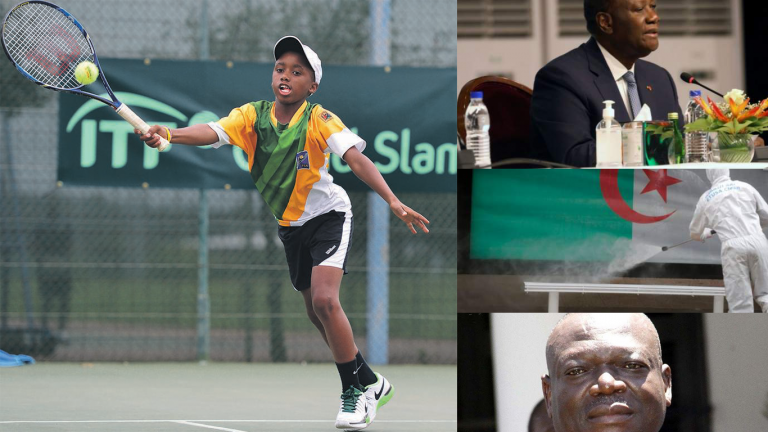 Bakayoko had acted as interim prime minister when his predecessor Amadou Gon Coulibaly was being treated in France and after his sudden death.

The president said Bakayoko will keep his defence role.

Bakayoko’s name had been tipped as a potential candidate for the ruling party in the upcoming October election – before and after Coulibaly’s death.

What else? The ruling party Wednesday, asked President Ouattara to run for a third term, but the 78-year-old leader said he would announce his decision next week.

The opposition has insisted that the president would be violating the constitution if he runs for a third term.

The president had earlier this year said he would not vie for a third term and would pave the way for a new generation of leadership.

Nigeria’s north-eastern city of Maiduguri, in Borno, has been hit by a number of explosions, according to eyewitnesses.

Emergency services say three people have died and six injured. Residents in the city had been preparing for Muslim holiday celebrations of Eid al-Adha.

The explosions are reported to have taken place inside the city early Thursday evening.

The head of security for Borno’s Emergency Management Agency, Bello Danbatta, said that four rocket-propelled grenades were fired from outside the city, landing on separate sites.

Eyewitness Mohamed Abubakar told the BBC that the explosions took place in a busy part of the city, when traders and residents were heading home.

In recent years, areas outside Maiduguri have been attacked by Islamist militants from the Boko Haram group, but it is unusual for an attack to strike inside the city.

Go deeper: ‘Technically defeated’ is not the way to describe what is happening in North East Nigeria. Especially not when you consider how many deaths have been reported in 2020 alone; not forgetting the ones never reported.

Many Nigerians have called for the Service Chiefs to be replaced as insecurity in the country continues as a serious cause of concern.

The European Union has removed Algeria from its updated list of countries whose citizens are allowed to enter the bloc during the coronavirus pandemic.

Algeria coronavirus cases has surged again, with the current total number of infections at almost 30,000, the World Health Organisation (WHO) said.

The EU safe list has countries considered as having a “sufficiently good epidemiological situation,” and the capacity to manage the pandemic.

The list acts as a guideline for the bloc’s member states as they seek to reopen their tourism.

Zimbabwe’s Agriculture Minister Perence Shiri has died of Covid-19, President Emmerson Mnangagwa is reported to have told mourners on Thursday.

Mr Shiri will be buried on Friday in compliance with World Health Organisation (WHO) guidelines, the president said.

The 65-year-old minister died at a private hospital in the capital, Harare, on Wednesday.

It was not clear the cause of his death when his death was reported earlier. Now that we know, it is important we take necessary precautions. It was also reported by the BBC that his driver caught the virus.

“We had this dream of inspiring other kids around the continent and playing for black people around South Africa,” says 17-year-old tennis star Khololwam Montsi, who is looking for sponsorship.

“It’s not a big sport for black people but it certainly is growing and I’m very happy to see that,” the South African tells BBC Newsday.

He says his family’s experiences in sport have served as motivation: “The discrimination goes way back.

“My father played table tennis in his time but was not able to represent the country because of apartheid.

“It was tough for him but to see how things are changing now – and for me to be a part of it – it’s even better.”

Monsti also says he is shorter than any other player he has ever taken on, but has used his difference to his advantage, proving doubters wrong along the way.