We know you might have had a busy week and couldn’t follow up on the stories (across Africa) that interest you. Or maybe you simply couldn’t cut through the clutter to find the best stories to read.
Our Editor compiled the Top 5 stories from the week that should interest you:

Just like he did, uncovering the grand corruption that thrives – effectively well – at Kirikiri prison, Fisayo Soyombo went undercover again at the Federal Neuropsychiatric Hospital, Yaba, Lagos (popularly known as Yabaleft), denuding the state of everything that’s wrong with the health care system in Nigeria.
The two-part investigative piece saw Fisayo customising his looks so he resembles a patient at the hospital. He also mentions he took psychiatric lessons for seven days and, went undercover for three weeks in November 2019, including ten straight days on admission as a patient.
“His report unveils the decrepit state of hospital facilities, gross understaffing of critical staff despite a bloated workforce widely believed to be populated by ghost workers, low quality of service delivery, arbitrary charges on patients.”

You can read all of it here: UNDERCOVER INVESTIGATION: Bed-space corruption, terrible food, well-fed rats… Many things not right at ‘Yaba Left’. 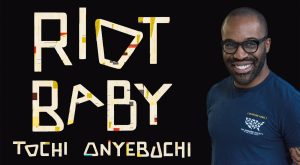 As someone with a wild imagination, you must have conceived a time when superheroes and persons with superpowers walked around Africa saving lives and doing great stuff – well, to create balance, those who use the powers to be unimaginably wicked too. Tochi Onyebuchi has given us an idea of how that kind of person would look like – and act. Tochi’s story?
Ella sees things before they happen. Her brother, Kev, wants to protect her from a power that could destroy her. But Kev is later apprehended and she must decide what it means to watch her brother suffer while holding the ability to wreck cities in her hands.
“Riot Baby” is as much an intimate family story as a global dystopian narrative. It burns fearlessly toward revolution and has quietly devastating things to say about love, fury, and the black American experience.”

The Unified Currency Problem in ECOWAS

Having announced the retirement of French colonial currency, the CFA franc, the eight countries of the West African Economic and Monetary Union (WAEMU) were hoping to see a new common currency – eco – in place this year. But the decision has sparked divisions with the five anglophone countries in the 15-member Economic Community of West African States (ECOWAS) who want to adopt the new currency on a slower timetable and as a new currency for the whole region, not just as a replacement for the CFA franc.In an article, Economist, Kako Nubukpo, proposed “the possible contours of the transition to the replacement currency.” Read here: Eco and CFA franc: four marriages and a funeral.

Religion and the Problem of Equality 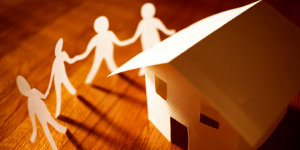 Conversations around equality will continue for as long as man exists. It is not even an only-in-Africa debate, but Africa presents itself as being too hypocritical to accept ‘Western’ instances into her culture. These conversations are sometimes hijacked and you wonder how the people that are supposed to be on the first coach are the same people unhooking the rail. But, Nelson C.J. is not going to allow supposed extremists to ruin his day – and our day too. His article, published in the New York Times highlights how religion is used as a weapon to create a division – the straight and the ‘un’-straight. He narrated his experience as a child raised in a conservative Christian home and the attempt to convert him to being straight – again. The world is indeed interesting and Nelson’s story is one other enthralling piece in the conversation. 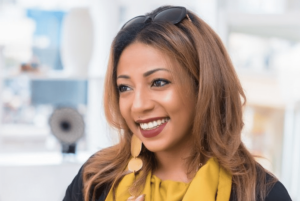 Gender equality: It’s time for disruption, time to shatter the status quo. We can’t afford to wait! Ladies and gentlemen, that is the title of the article and we too can’t wait. Equality still causes irritation to some people. They use several ideologies, including culture and religion, to negate the concept of equality. Imagine still hearing, ‘the Bible explicitly says’. Well, we can’t think about it too.In her article, Vanessa Moungar, French-Chadian Director of Gender, Women and Civil Society at the African Development Bank, draws our attention – again – to a debate that has gone on for centuries.