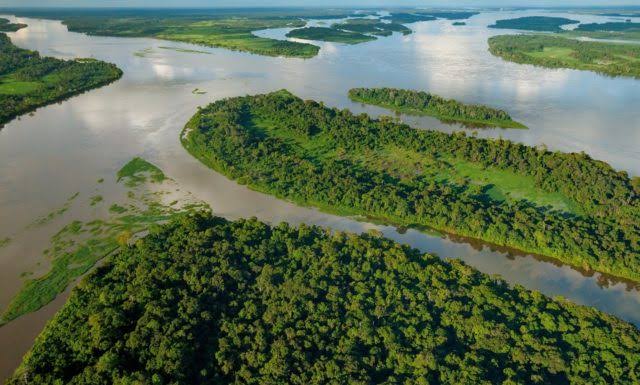 The heat this time

This movement of the Fulani people, generally perceived as political does not tell the full story. These nomadic cow breeders are a displaced people. They are being driven away by the scorching sun and heat waves from their hitherto comfort zones.

Other themes include corruption as well as much James Bond-style action and, like the fictional British spy, Queen Sono does not always play by the rules. Reviews so far have been mixed, but most point to how refreshing it is to see a story that is set in modern-day Africa with a central character who is African.

The Congo River runs for 2,500 lazy miles through Africa’s equatorial basin, coiling like a snake through the jungles of the Democratic Republic of Congo. Then, 186 miles from the ocean, it drops into a dangerous series of gorges, sinking 12 feet every mile…

The work of a Kenyan artist and painter, Michael Soi, the collection “China Loves Africa” questions the guiding principles of Beijing’s engagement in Africa, scrutinizes the role of leaders on both sides in shaping the relationship and examines the consequences for ordinary citizens.

About half of those displaced Ethiopians have found new homes in the US, particularly in Washington DC, which boasts a huge, thriving Ethiopian community. Abiy Bister owns an Ethiopian restaurant in Washington DC. He hasn’t seen his homeland in almost two decades, but now he is considering returning to Ethiopia to start a business there.

Infants go for as low as $300 in the slums of Kenya | Y! Africa Weekend Best Reads